And it wouldn’t be the first time I did so.

I’ve been jumping in rides with strangers since I was in my early 20s.

When I was 23, I hitched a ride to Bonnaroo, from Philadelphia. 13 hours with strangers I had never met, but I had to get there to work a lemonade stand.

This involved me, at 11p at night, sleepily making my way from 30th Street Station to a halfway house looking structure in West Philadelphia. It was dark, but the house buzzed with the warm, yellow glow of a building standing with every single one of lights flicked on.

“Peculiar,” I thought, but I was too tired, and desperate to get to Bonnaroo, that after laying across a bench on their front porch while my hosts packed up inside, I hobbled into their car 20 minutes later and gave them my share of the gas money, maybe $35

My hosts turned out to be a bunch of hippies in their early 20s who were heading there without a song, but with big dreams of hitting up Walmart while there to purchase bales of white pre-sliced loaves of Sam’s Choice Wonderbread and sliced cheese to turn into grilled cheese sandwiches to feed the overprivileged and underprepared who would be willing to fork out $4 for a bite.

I only ran into my ride hosts once while at Bonnaroo when I saw them crossing in front of my lemonade stand, but I hurriedly leaned over the pressed wood counter and shouted for them to say hello.

It was a few days in, and while sales were not as fruitful as the year before, likely because competitors that had sprung up, they seemed well prepaid to make enough to afford the gas to fuel their way home.

When I was 28, learning that I was last minute being given a week off from work in New York City, I answered two ads listed in Craigslist Rideshare.

The first ad was from a gent close to my age, who said he was a photographer – filmographer who said he needed to head upstate to help his ma. It would be about a 5 hour drive there. I’d be given a room to stay in at his ma’s house and a small town to explore on my own, as he said he’d be busy the whole time helping his mom move things. He posted his ad because he liked adventure and help of someone paying for gas.

The second ad was posted by a man who said he was in his 60s and was looking for a companion on his multi-day drive to Cincinnati, Cleveland, and finally, Chicago. He wrote that he regularly has business to attend to in Chicago, and as a result, made this trip a couple times a year. The trip was lonely, and so he sought not gas money, but companionship – someone to talk to on the long drive.

Initially I thought to join the person who was closer to my age. It seemed more likely we’d have some interests in common as he sounded a hipster, and the journey was shorter and therefore less of a commitment.

Looking back on this, I think I would have gained a lot of experience had I taken this guy up on his offer. It would have been insightful to lean into this world, but without the risk of actually working on set. It sounded like I could have politely declined the photos and merely tripped about as a curious onlooker, or who knows, maybe I could have scored some awesome photos, although at the time I did not have the confidence for such a thing.

What I did do was take the older gent up on his suggestion to meet in person ahead of either of us committing to a trip together. I’m sure he wanted to get me as much as I wanted to get him.

I told my boyfriend at the time about the ad and asked if he wouldn’t mind coming along with me to the diner to meet my possible companion for the next week. He agreed because we were nearing the end of our relationship, and I think he did not really care if I got kidnapped, but thought it was the right thing to do as a boyfriend.

Have you ever been in a relationship with someone who did not seem to care if you were kidnapped?

What does that say about my ability to be an appealing girlfriend, or to pick relationship material?

We went to the diner and there sat a bald man in a cornflower yellow polo shirt with a toothy grin. He had the face of an octopus and smiled the whole way through our conversation. It was a weird face to maintain throughout a meal, but as he watched me deconstruct my veggie burger with a fork and knife, making sure that each bite would contain an equal amount of bread, burger, salad, and coleslaw, he seemed awfully normal and non-judgemental. I learned of past companions he had traveled with – sometimes men, sometimes women, usually young. It seemed that he thrived off youthful energy, and it made more sense as he discussed how his wife was ill and bedridden, and so he sadly could no longer travel with her.

He seemed quite nice, and he has jokingly assured us that he would not kidnap and rape me. We laughed when he said this because although he had more body massage on me, he did not seem to be in a shape to easily overwhelm me.

I’m going to revisit this in the next post for fear this story is getting much too long, and away from my current intent of a new adventure.

But I did want to side note that sometimes the responses I read from college admissions students to the surveys assigned to give a sense of their goals make me realize that when I walk the straight and narrow path, I do myself a disservice. Here’s a recent clipping from one of these questionnaires:

“My most important future goal is to…get a very good education.

Why? Because….An education can lead to lots of opportunities.

Why? Because…Opportunities mean more money and a job that is to my interests

Why? Because…A job to my interests means I don’t resent my life.

Why? Because…If I don’t resent my life I can live with myself and be happy

The bold pieces are the student’s fill in the blank responses.

How do reading these responses make you feel?

They make me aware that so many of us lead lives that are unfulfilling.

Yes. He does say that he is looking for a job related to his interests. That’s a good thing. But how many of us have jobs related to our interests that still cause us a lot of consternation because of the sacrifice we have to make of our integrity in order to fulfill our job role?

Going on these road trips may seem a peril to my life, but they’ve often seemed a way to balance the scales of an otherwise too normal seeming, unadventurous lifestyle. 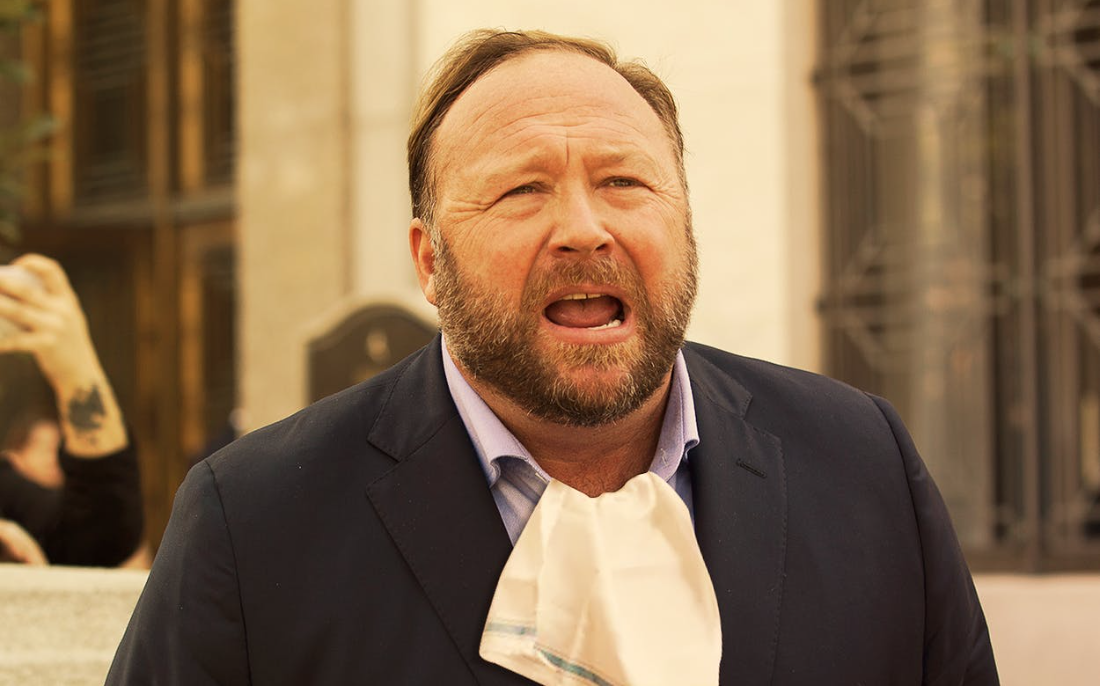 -From the Texas Monthly article, “Being Eaten by Alex Jones Sounds Like the Absolute Worst Way to Die”

Not actually, but I loved watching the highlights of his performance on the July 30, 2017 John Oliver show.

But especially the clip you’ll find at the beginning of the more recent John Oliver Coronavirus VI episode where he talks about eating people – his neighbors particularly – is pretty wonderful.

How do I truly feel about Alex Jones?

“Paying attention to Alex Jones isn’t really a great idea. He is a conspiracy theorist who peddles dangerous nonsense. When he does things like talk about his burgeoning interest in cannibalism, he is desperately seeking the attention that we should withhold from him. But also: we are only human, and here is a man ranting about eating people while many of us are dealing with the anxiety of existential uncertainty. Should we spend any more time discussing this guy or what he says? No. Is it hard not to, when you’ve been forced to consider the possibility that this, your one wild and precious life, could end with your flesh on the end of this guy’s fork? Yep.”

Enjoy those clips of Alex Jones?